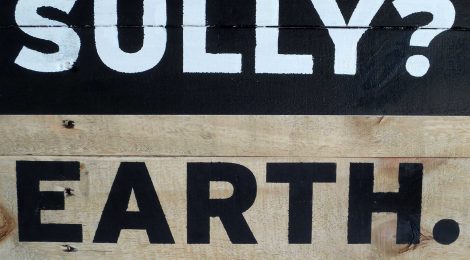 Where Are You a From, Jake Sully?

When we think about where we belong we tend to think in terms of origin. This is also how we approach other people who appear not to be from ‘around here’, and we usually ask them the question “Where are you from?” But we can be from one place, and still belong to another. In fact we can belong to many places at the same time, so that we are in fact ‘a local’ at all of those places. If you have lived in a place for most of your life but you weren’t born there, where do you belong, and “where are you from”? So being from one place does not mean that for once and for all this is who we are. We can move on. When people change their place of abode, they become locals in a new location. This may mean loosing the connection to the previous place, or it may become an extension to it.

With the question of “where are you from” typically comes the concept of nationality and national borders, which in fact is a relatively new idea and really just a response to then common system of monarchy. Of course the concept of nationality is inapt for describing the reality of a person. It will merely remain a superficial concept. If we don’t go beyond the idea of where someone is from, accepting a national label as a description of who they are, we won’t really find out much about them. if we asked them where they are a local will open different opportunities of getting to know more about who they really are.

These 2 paintings reference the main character of the movie Avatar, Jake Sully, and his transformation from being a human to becoming a Navi, an inhabitant of the native forests on the planet Pandora, where he truly feels he belongs. He not only leaves his place of origin behind, but also moves into a different body and reality.

As soon as we broaden our scale and move our question to an interplanetary level, the whole concept of nationality becomes completely irrelevant. National states and national interest shrink to mere meaninglessness. If we want to know about a person we need to ask differently.