Browse: Home   /   Reaching Towards The Heavens 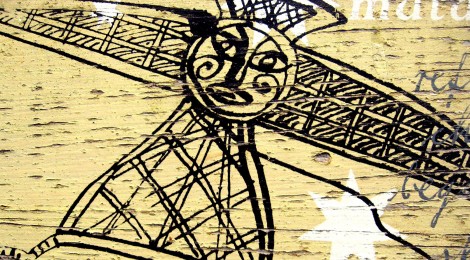 Reaching Towards The Heavens

Matariki, our very own Aotearoa New Year, begins with the new moon following the first sighting of the Matariki constellation of stars above the Eastern horizon just before dawn, and is marked with celebrations all over New Zealand for a month.

Kirsch’s 2012 Matariki artworks are based on kites, which were traditionally created and flown at this time of year. “I chose the kite image as for me it symbolizes freedom, joy, it is playful and at the same time can be deeply spiritual, with a strong New Zealand feel and context. This all directly relates to what Matariki is all about” says Kirsch. Often these traditional kites were of considerable size requiring a large gang of strong men to haul them up and safely bring them back down. Part of the rationale behind this was to create a spiritual connection to Ranginui (Sky Father) or to “reach towards the Heavens”, as Kirsch says.

Kirsch’s work is on a more manageable scale. The prints on re-used wood are based on ink and nib drawings the artist created especially for this work. These are combined with 7 x seven-pointed stars and words representing 7 concepts significant to the Matariki tradition (Hope, Reflection, Change, Beginning, Sharing, Celebration and Spirit). The words are handwritten in nib as well, as if taken from an old document from an archive. In homage to chief Titiri of the Bay of Plenty, whose drawings the artist was particularly drawn to, and who always signed his works “by Teeteree”, Kirsch has signed these works “By Raniera” (Maori for Daniel).

Tags: Manutukutuku, Maori and Pakeha, Matariki, Matariki 2012, New Zealand Culture
← We Don’t Own Our Own Culture – It Owns Us
New Order: 1st World – The New Royalty → 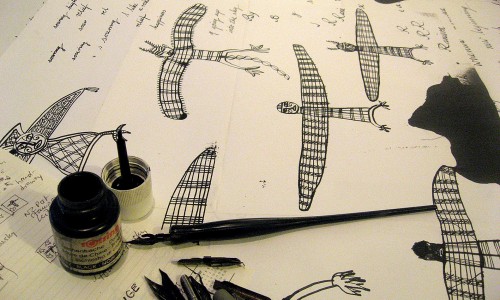 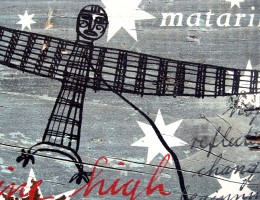 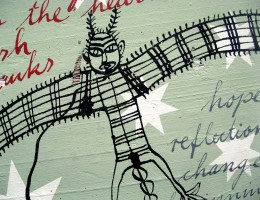 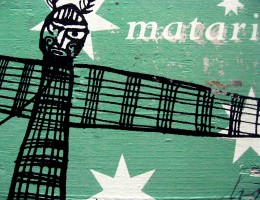 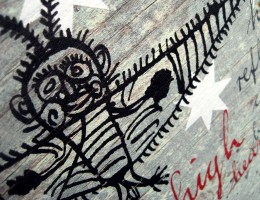 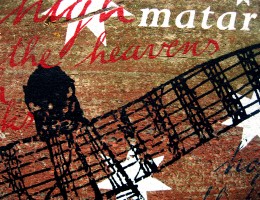 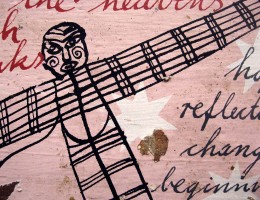 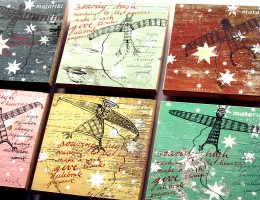